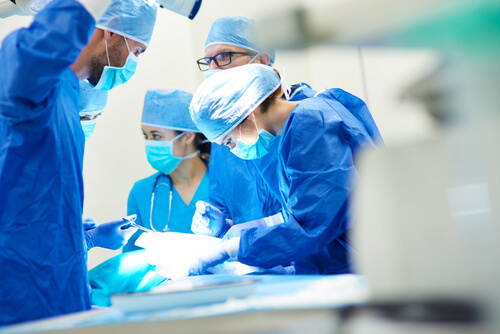 Mercy Hospital in Buffalo, NY is currently facing two lawsuits, both of which involve patients who died as the result of bowel perforations during routine surgeries. The surgeries were performed only 2 days apart back in 2016, and led patients to develop sepsis. The lawsuits both allege that the hospital failed to provide adequate treatment even after having carelessly inflicted the perforations during the respective surgeries.

One of the patients, James Keane, age 70, was at Mercy Hospital for a laparoscopic ventral hernia repair. After the routine surgery was complete, Keane was kept in the hospital overnight to recover. The next morning, however, he began to show signs of systemic inflammatory response syndrome.

These symptoms, a high fever and quick pulse, should have prompted his medical staff to inform a physician, but they did not. Only on the following day did James Keane receive exploratory surgery, at which time they discovered a hole in his bowel. He died only hours after the surgery.

Ellen Feeney was also at Mercy Hospital for a routine surgery, a laparoscopic oophorectomy. She was released from the hospital the same day of her surgery, though she returned the next morning. Ellen Feeney informed the hospital staff of her symptoms, which included abdominal pain, vomiting, and a fever. The hospital reports that she had a blood pressure of 80/40.

While waiting for exploratory surgery, the lawsuit states that Ellen Feeney did not receive intravenous fluids, antibiotics, or tests for septic shock. Considering the patient’s recent abdominal surgery, the suit argues that the nurses failed to provide proper care and did not attempt to rehydrate Ellen Feeney. During the surgery, a hole was found in her small bowel. Ellen Feeney died from septic shock and organ failure.

The lawsuits both claim that the hospital staff failed to exhibit due care to avoid abdominal perforations and to treat symptoms of sepsis. All doctors, nurses, and medical staff are obligated to provide patients with adequate care. Failure to do so could be a case of medical malpractice. If you or someone you love was injured or died as the result of medical malpractice, our firm wants to help.