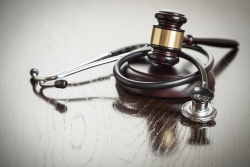 Seletha Gartrell, who lost both of her legs above the knee, her left arm from below the elbow, and fingers from her right hand, was awarded nearly $14 million in damages by a jury in Aiken County this month in a case against Aiken Regional Medical Centers. The complaint alleged that the amputations were a result of negligent care. The doctors and nurses did not realize that Gartrell was suffering from sepsis, an illness that can be fatal if not treated properly and in a timely manner.

Gartrell was suffering from severe sepsis when she was admitted to the hospital, and progressed into sepsis shock. However, she was not given proper antibiotics until 14 hours after admission nor was she seen by a physician until 5 hours after her arrival. Johnny Felder, one of Gartrell’s attorney believes that, given the extent of her injuries, the verdict was rather conservative, but believes that it will force hospitals to closely examine how their emergency rooms and ICU units are run.

The Law Offices of Dr. Michael M. Wilson, M.D., J.D. & Associates offers the kind of distinctive legal representation that only a lawyer and physician can offer. Dr. Wilson is uniquely qualified to handle medical malpractice cases, given his legal and medical background, which allow him the ability to analyze these two difficult issues simultaneously. His track record is equally impressive with over $100 million obtained on behalf of his clients.