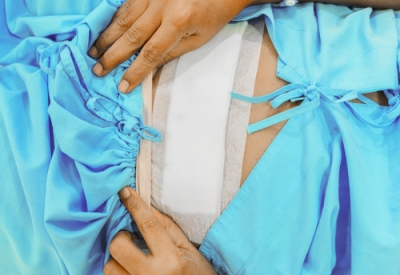 After Elisha Cooke-Moore was told by her obstetrician-gynecologist that her genes made her susceptible to breast and uterine cancer, she was understandably worried. Her nurse practitioner told her that she was 80% likely to develop uterine cancer and 50% likely to develop breast cancer. In order to take the initiative, she did what so many other women in her situation do and got both a hysterectomy and a double mastectomy.

The surgeries were conducted in August and October 2016 when Elisha was only 36-years old. However, her worries were not over. Only a few months after the final surgery was completed, it was revealed that her gene test results were misread and were actually negative for a proclivity for those types of cancer.

Cooke-Moore has filed a medical malpractice lawsuit against the Curry County Health District and her doctors and nurses for diagnosis errors and other failures. She is asking for $1.8 million worth of compensation for real damages and the emotional impact the unnecessary surgeries have had on her life.

The claim cites the original misdiagnosis but also the negligence of the surgeons who handled her hysterectomy and double mastectomy. Neither surgeon caught the initial mistake of the nurse practitioner despite being given the medical report for review before surgery. The negative result was actually only caught when Elisha herself decided to review her own test results, meaning someone untrained in medical processes was able to spot the problem before any medical practitioners did.

To make matters even worse, the surgeon who conducted the double mastectomy also implanted artificial breast implants during the same procedure. This unusual process triggered a series of health complications that needed nearly a dozen subsequent surgeries to correct. The surgical errors have also been cited in her medical malpractice claim.

For more information about this ongoing story out of Oregon, you can click here to read a full article from The Washington Post . If you have questions about a medical malpractice claim of your own, or if you are wondering if you have a valid claim, you can contact The Law Offices of Dr. Michael M. Wilson M.D., J.D. & Associates and talk to our Washington DC medical malpractice lawyer. Our lead attorney is not only an experienced legal professional, he is also a qualified physician, giving him unparalleled insight into medical malpractice.