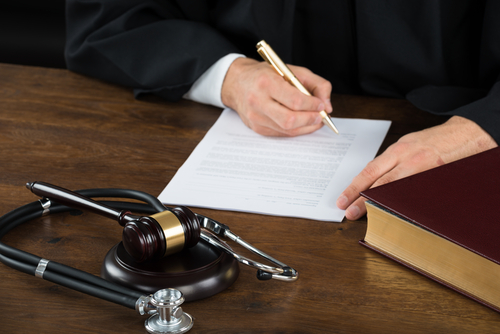 In a previous blog, we discussed how medical malpractice has become a target for lobbyists who place profits over people in their attempts to place limits on the amount of compensation victims can recover after being injured by medical negligence. Unfortunately, many states across the country have passed legislation that does just that. But according to recent polls, these laws aren’t being influenced by the opinions of the majority of Americans.

A survey conducted by Public Policy Poling focused on the issue of medical malpractice damages caps, and specifically HR 1215, or the Protecting Access to Care Act. This proposed piece of legislation would limit awards for noneconomic damages to $250,000 in medical malpractice cases nationwide. It would also apply to cases involving nursing home abuse, medical device injuries, and prescription and over-the-counter drug lawsuits. Although the bill is being considered by Congress, recently released data shows that most people simply don’t support it.

When a majority of Americans are not in support of limiting damages in medical malpractice cases, it strikingly highlights the motives behind these proposed tort reform efforts. The simple truth is that these laws are not motivated by the opinions and beliefs of American citizens, but rather corporations and business groups that have a financial interest in limiting or preventing lawsuits involving personal injury. They want to protect their bottom line.

By placing a cap on noneconomic damages, which include the emotional injuries suffered by victims and their families, HR 1215 fails to account for the profound impact medical negligence and preventable injuries can have on nearly all facets of a victim’s life, as well as the lives of their loved ones. Even when devastating and life-alerting injuries – which could and should have been prevented – disrupt the lives of families, prevent victims from being able to handle even the smallest daily tasks, create permanent and debilitating impairments, or end a life, damages caps would prevent victims from recovering more than $250,000 for their emotional injuries.

For most people, as is evidenced by many multi-million dollar jury verdicts, the emotional impact of preventable injuries and disabilities can exceed the pain or difficulties victims experience when they are first injured. After all, the effects of an injury can often persist for the rest of a victim’s life, and greatly impact their quality of living. Not only does HR 1215 sidestep this issue, it removes the power of making decisions away from juries – which are comprised of everyday citizens – and places that power in the hands of politicians and corporate interests.

While lobbyists and others with financial stakes want to spread the misconception that lawsuits have gotten out of hand, it bears reminding that these lawsuits are the most powerful tool for correcting and deterring abuses that may not necessarily be covered by our criminal justice system. They provide victims of wrongdoing with the venue needed to state their claims and make their voices heard. Most importantly, they allow victims to secure the justice they deserve, and the compensation they often critically need.

Medical malpractice damages caps and tort reform are hot button issues, and they will likely remain so as long as corporate interests continue to flood money into politics. It is a simple and unfortunate truth that affects many of our nation’s laws. Fortunately, Americans have the right to make their voices heard, and to oppose measures that unfairly limit the rights of the injured and the wronged. Since HR 1215 has made headlines, as well as another law currently being considered that would limit class action lawsuits, many Americans have stepped forward to contact their local congressmen, raise awareness, and let it be known that they do not support unfair tort reform measures. You, too, can do the same.

Although legislation regarding medical malpractice and tort reform may evolve or be debated, victims still have the right to pursue compensation for their damages when they suffer preventable harm at the hands of a nurse, physician, or other health care providers. At The Law Offices of Dr. Michael M. Wilson, M.D., J.D & Associates, our Washington, DC medical malpractice lawyers are passionate about protecting this right and about helping victims level the playing field when they face off against corporations that want to pay them as little as possible.

If you would like to discuss a potential medical malpractice case, contact our firm for a free consultation.