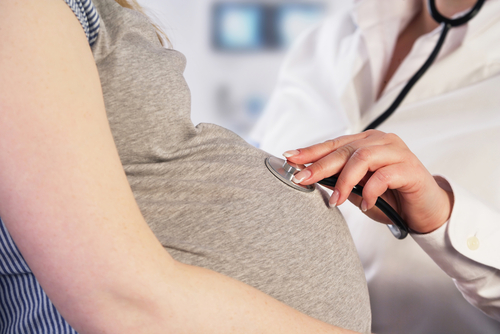 In a notable medical malpractice result from Florida, a federal judge ruled earlier this month that a federally supported health care provider and physician were negligent in causing significant injuries to a child during delivery.

The case, which was resolved on April 17th, involved the family of a 3-year-old boy who suffered brain damage as a result of injuries that occurred during his birth. As a result of the brain damage, the child requires 24-hour medical care, cannot move on his own, and will likely have a lifespan under the age of 30.

According to court documents, it was found that the doctor responsible for delivery failed to inform the 19-year-old mother of signs that the baby displayed complications, including a slowed heart rate, which would necessitate a C-section. Despite her requests to have a C-section, the physician encouraged the mother to give birth vaginally. It was also revealed that he left the delivery room to handle another birth and to take a call from his financial advisor. As a result of failing to perform a C-section, the child suffered severe oxygen deprivation and was born not breathing. This resulted in permanent brain damage and disability.

The case became notable for its difficulties, not only because the doctor was employed by a health care provider that was federally funded, but also because the physician manually recorded that the mother refused a C-section in her medical charts. According to the family, they were never offered one. As such, a close review of evidence was critical to disproving the defense’s argument and the plaintiffs’ attorney eventually located a nursing who was present during the delivery and testified that the physician’s note about the C-section was false. In his ruling, the presiding judge went further to state that the doctor’s note about the C-section was a clear attempt to “cover his tracks,” as the note was not made until over an hour after the birth.

Medical experts also testified in the case, and agreed that a C-section would more likely than not have prevented the brain damage and subsequent injuries suffered by the child. They also testified that the doctor’s use of a vacuum extractor during the delivery more than likely placed stress on the baby’s head.

Ultimately, the judge agreed with the victim’s family and found that the physician had provided substandard care that caused preventable harm to the child. Because he was considered a federal employee, the government will be responsible for the nearly $34 million award, which included over $21 million for economic damages and $7.8 million for the child’s suffering. The mother and father were also awarded $3.45 million in compensation for their pain and suffering.

This case, while tragic in its consequences, serves to highlight that egregious acts of negligence, as well as misrepresentation of facts, should never be tolerated, especially when it occurs in a health care setting. Doctors, nurses, and other medical professionals have a legal obligation to treat patients in accordance to the accepted standard of care. The doctor in this case, the judge ruled, failed to uphold this standard, and revealed his knowledge of doing so by attempting to conceal his mistakes.

If you have questions about birth injuries, medical malpractice, and your rights as a victim, The Law Offices of Dr. Michael M. Wilson, M.D., J.D & Associates is available to review your case and discuss how we can help. Contact us today for a free consultation.