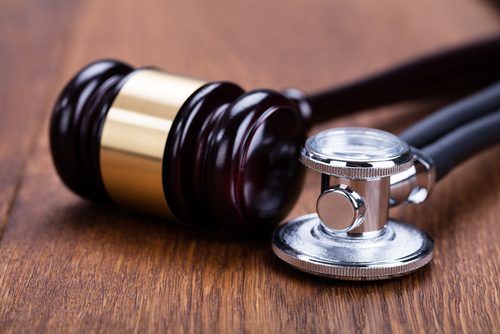 Over the years, medical malpractice has become a target for lawmakers and lobbyists who want to reduce the amount of compensation victims and their families are able to recover after they have been harmed by negligent physicians, nurses, and other health care providers. In Virginia, legislators have taken a conservative approach when it comes to “tort reform” and have placed caps on the maximum amount of damages victims can recover.

In Virginia, the law outlines the $50,000 annual increases in medical malpractice caps each year until 2031, when the cap will be $3 million. These caps apply to all medical malpractice claims in the state for cases that are resolved through trial by jury or judge. The cap limits are also for the total amount of damages for any injuries or deaths arising from medical care malpractice, including punitive damages.

Medical malpractice caps have become a hot button issue in the legal and medical industries. Although a number of states have implemented damages caps in medical malpractice cases as a result of sweeping tort reform efforts, these caps are often criticized by advocates and victims because they can unfairly limit the amount of compensation victims and families need following life-altering injuries and losses brought about by malpractice. This includes many cases where victims and families have substantial emotional injuries and extensive financial needs that will persist for years, or even the duration of a victim’s life. This is seen often in cases where victims, or their loved ones, need to pay for long-term medical care and assistance with daily living.

Virginia’s medical malpractice caps are different than most because they apply to the total amount of compensation recoverable. In many states, medical malpractice caps don’t always apply to the total amount, and may only apply to non-economic damages, which can include pain and suffering, grief and emotional anguish, and loss of quality of life or companionship.

The unfortunate truth is that medical malpractice caps are often motivated by large health care corporations, insurance companies, and physicians who want to limit their liability and the amount of money they pay victims after events of medical negligence. As is often the case, their concerns are more focused on minimizing payouts and protecting their profits, even if it comes at the expense of real people who have suffered tremendous losses and will have pressing needs as they move forward with their lives.

As advocates and activists continue to make their voices heard and push for eliminating or even increasing medical malpractice caps across the country, victims who suffer harm as the result of medical providers still need to file claims in order to recover their damages and secure the compensation needed to recover and live their lives. At The Law Offices of Dr. Michael M. Wilson, M.D., J.D & Associates, our lawyers are committed to doing our part in helping victims and their loved ones secure the financial compensation they require when handling their medical malpractice claims. In each and every case, our goal is to leverage our unique insight and decades of combined experience to help clients obtain the maximum compensation possible.

If you have questions about a possible medical malpractice case and would like more information about your rights and the compensation you may be entitled to recover, our legal team is available to discuss your situation during a FREE consultation. Contact us today to learn more about how our proven medical malpractice attorneys can help you.