Injury Lawyer to Help People Hurt During the Capitol Riot 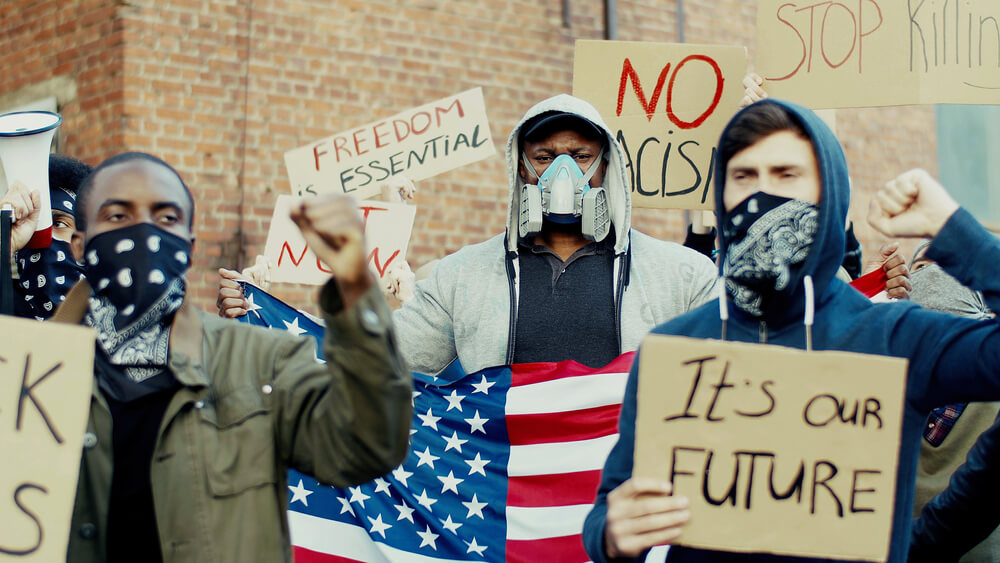 The riot at the U.S. Capitol by supporters of former President Donald Trump quickly became violent, leading to the death of several people, injuries to many more, and significant property damage. Violent rioters stormed the federal building in hopes of interfering with the process of confirming President Biden as the 46th president of the United States.

The Law Offices of Dr. Michael M. Wilson, M.D., J.D. & Associates stands ready to represent injured victims from the Capitol riot and their families. You may have a claim for money damages against anyone who incited, planned, or participated in the riot. We will help you seek financial compensation from anyone who caused your damages, including public figures who encouraged the rioters to go to the U.S. Capitol. Contact us today to learn more.

What Happened on January 6th?

On January 6th, 2021, the U.S. House of Representatives and the U.S. Senate met in joint session to count the votes for the Electoral College from the 2020 presidential election, which had been won by now-President Joe Biden and now-Vice President Kamala Harris.

While the session began, then-President Donald Trump held a rally for his political supporters on the South Lawn of the White House. Since losing the election in November, President Trump had repeatedly asserted false and unfounded accusations that the election had been tainted by widespread and systemic voter and ballot counting frauds, particularly in key swing states, that had swung the election from him to President Biden.

During the rally on the South Lawn, Trump and his cohorts brought the crowd to a frenzy with their repeated claims of voter fraud, additionally calling on then-Vice President Mike Pence, who was presiding over the joint session of Congress tabulating the Electoral College votes, to take action to invalidate electoral votes from various states and call the election for President Trump. President Trump then encouraged those at the rally to march down to the U.S. Capitol building.

However, upon reaching the Capitol, numerous Trump supporters broke through security barricades and stormed the Capitol building, prompting the evacuation of Vice President Pence and members of Congress as rioters began ransacking both chambers of Congress and various Congress members’ offices.

Who May Have a Claim?

Individuals, including law enforcement officers, congressional staffers, journalists, and others at the Capitol building when it was stormed by rioters on January 6th, may have a claim for monetary compensation against those responsible for promoting, organizing, and carrying out the riot. In particular, civil law may give injured victims of the Capitol riot a right of action against the public officials whose words and statements incited the rioters to march to and storm the Capitol.

Although some argue that the statements of President Trump and his surrogates are protected by the First Amendment, the free speech rights under the First Amendment have their limitations. For example, the Federal Anti-Riot Act states:

(2) to organize, promote, encourage, participate in, or carry on a riot; or

(3) to commit any act of violence in furtherance of a riot; or

(4) to aid or abet any person in inciting or participating in or carrying on a riot or committing any act of violence in furtherance of a riot;

and who either during the course of any such travel or use or thereafter performs or attempts to perform any other overt act for any purpose specified in subparagraph (A), (B), (C), or (D) of this paragraph –

[1] Shall be fined under this title, or imprisoned not more than five years, or both.”

In Brandenburg v. Ohio, the U.S. Supreme Court established a test to define what sort of conduct constitutes “incitement” under the Anti-Riot Act. The three prongs of the so-called Brandenburg Test include:

Therefore, if the purpose and result of the statements made by President Trump and his cohorts were to direct their political supporters to commit violence or other unlawful behavior, they might be exposed to both criminal and civil liability.

The District of Columbia has its own Riot Law, which provides:

“If in the course and as a result of a riot a person suffers serious bodily harm or there is property damage in excess of $5,000, every person who willfully incited or urged others to engage in the riot shall be punished by imprisonment for not more than 10 years or a fine of not more than the amount set forth in § 22-3571.01, or both.”

Again, if President Trump or others working for him knew or should have known that the likely result of telling his supporters to march to the Capitol and to “take back our country” would be a violent riot, then victims of the riot may have a basis to impose liability for their harm and losses.

Unlike criminal cases, where the prosecution must prove guilt beyond a reasonable doubt, civil cases operate on the “preponderance of the evidence” standard, which constitutes a significantly lower burden of proof for an injured plaintiff.

What Should You Do If You Have a Claim?

If you believe you may have a claim for injuries you suffered in the January 6th attack on the U.S. Capitol, or if you had a family member who died due to the events of January 6th, you should contact The Law Offices of Dr. Michael M. Wilson, M.D., J.D. & Associates.

We stand ready to represent injured victims of the January 6th Capitol riot. We will seek monetary compensation for the injuries and losses you’ve suffered from those at fault for inciting the riot, including administration officials and political cohorts of former President Trump.