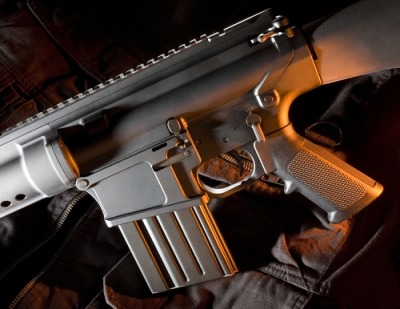 The recent mass shooting at the First Baptist Church in Sutherland Springs, Texas, has raised important questions about whether or not this tragedy could have been prevented. As investigators uncover more and more about the shooter, Devin Patrick Kelley, it has become clear that the former airman had lengthy history of violent and disturbing behavior. From domestic violence to sexual assault and animal cruelty accusations, warning signs that foreshadow Kelley’s actions seem to be in abundance. In fact, indicators of his proclivity towards violence was well documented during his time in the military.

Now questions are being raised about how the military handled Kelley’s troubled past. According to Air Force chief prosecutor Col. Don Christense, “Somebody really dropped the ball.” The Air Force has since acknowledged that it mishandled Kelley’s court-martial conviction for domestic assault by preventing it from appearing in three databases, including the FBI’s National Instant Criminal Background Check System (NICS).

Had the military provided the FBI with this critical information on a timely basis, Kelley would likely not have been able to obtain the assault weapon used to carry out the mass shooting. In fact, a statement released by the Air force says that, “Had his information been in the database, it should have prevented gun sales to Kelley.” The Air Force inspector general is currently conducting an investigation into what happened.

Victims and their families affected by this tragedy can sue the U.S. Government under the Federal Tort Claims Act. Recently, our attorney Dr. Michael M. Wilson was interviewed by the press about suing the U.S. Government under the FTCA for this horrible tragedy. Our firm is now handling FTCA actions for victims of the shooting. If you or a loved one was injured in this horrible tragedy, you should contact our office immediately so that we can help you preserve any evidence that might be relevant to your case.