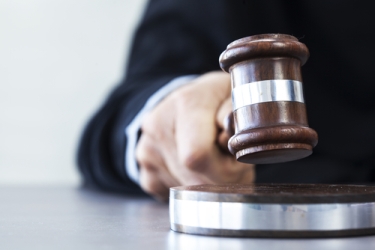 New Jersey has long since been a focal point for mass tort litigations because the state conveniently hosts many of the pharmaceutical companies that often have such cases brought against them. However, a recent Supreme Court decision involving pharmaceutical company Bristol-Myers Squibb Co. shed light on where such claims should be heard—in the state where the injury occurred or where the defendant resides. In short, the courts ruled that mass torts, especially those involving multi-district litigation, may be best handled by the court presiding over the state of the accused.

Regardless, the California Supreme Court maintained that they held jurisdiction over the case, even that of the non-resident plaintiffs, because of a “sliding scale approach.” This approach alleges that, because the plaintiffs all suffered similarly from the same drug, they may all be legally lumped together in court. However, the Supreme Court disagreed, saying California court could not see the claims of out-of-state residents, and that to do so the court would have to have a connection to the forum.

In other words, that state’s court could not have jurisdiction over the claims of out-of-state plaintiffs because they were not connected to California in any particular way. For example, the plaintiffs were not injured by Plavix specifically in California, nor did they make their purchases solely in California. The implication is, the state where the drug was manufactured, distributed, and consumed may be a more likely court to claim jurisdiction over similar cases. For this reason, it is likely more claims will flock to New Jersey, where many of the pharmaceutical companies hold business.

If you believe you have a personal injury claim due to a defective product or dangerous drug, it is crucial that you act fast. Contact our attorneys at The Law Offices of Dr. Michael M. Wilson, M.D., J.D. & Associates to discuss your possible claim and what legal options are available to you. Our legal team is well-versed in medical malpractice laws, as well as those pertaining to defective products and dangerous drugs. Let our firm represent your case and help you seek compensation for your injuries, today.

Contact The Law Offices of Dr. Michael M. Wilson, M.D., J.D. & Associates to discuss your case with our lawyers.