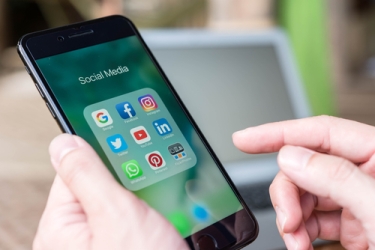 Social media has become an irreplaceable part of our lives, and many people find it difficult to imagine a world without using this platform to discuss politics, religion, family, relationships, work, and so much more. Whether we are sharing photos, status updates, or conveying the things we are interested in, we share far more on social media than we may realize. Because it is a rather uncharted territory, laws are still being formed on how to use social media in a case.

In the past, such as in 2010’s Romano v. Steelcase or Nucci v. Target Corporation, people’s private information was ordered to be produced to the defense by the courts, pursuant to discovery requests. Plaintiffs lost their personal injury cases due to their own “private” information that was ordered to be produced, even if it was only placed in private areas protected by passwords.

Fortunately, recently, plaintiffs have won some battles to protect their private social media postings. Judges in the Chauvin v. State Farm and Salvato v. Miley cases denied access to social media accounts, stating that the mere possibility of obtaining damaging information was not sufficient justification. If a plaintiff alleges physical harm or emotional distress, their entire social media account is not up for grabs by the defense. Posts, photos, and status updates that are irrelevant to the issue at hand are not allowed access, as these posts can reveal highly personal information which will lead to a discriminatory breach of privacy and safety.

Social media can play a crucial role in the discovery phase of your court case. Even if various privacy precautions are added, information can still be discoverable. This isn’t simply limited to Facebook and Twitter. Keep in mind that new technologies such as FitBit or PokemonGo track the user’s physical activity and range of motion, which can be used against you if you are alleging injury at the hands of another. For example, if a plaintiff is alleging that he is paralyzed and confined to a wheelchair, FitBit or MapmyRun information showing daily 5 mile runs cannot be helpful!

At The Law Offices of Dr. Michael M. Wilson, M.D., J.D & Associates, we pride ourselves on remaining up-to-date on social media discovery, because we understand the legal field is changing. With the advent of various technological platforms, it is essential the Washington DC medical malpractice attorney you rely on has the knowledge and skill to take all aspects of your case into account–especially social media. If you have suffered an injury at the hands of a medical professional and need someone to strongly advocate on your behalf, look no further than our experienced legal team. If you have a potential case, talk to us before you post information on social media that can be discoverable even if you remove the information later, which may be prohibited by court order.