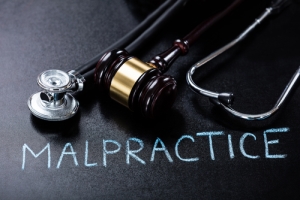 A Seattle man and his wife were awarded $8.5 million after abdominal surgery resulted in complications that required months of penis reconstruction. The verdict, delivered earlier this month in King County Superior Court, found that Virginia Mason Medical Center was negligent in performing surgery and causing injury, and awarded the man $6 million in compensation and his wife $2.5 million.

According to court documents, the victim in this case was diagnosed with an abdominal tumor and consented to a procedure that would involve the insertion of a stent into the tube which carries urine to the bladder from the kidney. The victim and his wife, an anesthesiologist, stated that they verbally stated and wrote on a consent form that they wanted the head of the medical center’s urology department to perform the procedure.

During his recovery, the victim began to experience complications, including overflow incontinence and a damaged urethra which required an additional surgery to graft skin from his cheek onto his penis and rebuild the urethra. The man experienced months of pain and severe limitations that prevented him from working, engaging in physical activity, having sex, and coaching his children’s sports teams. It also affected his relationship with his wife.

When instructing the jury, the Judge called attention to language used in the consent form, and specifically the use of the words “and” rather than “or.” This, the judge noted, would allow the primary doctor to have another physician assist them during the procedure, but would not allow them to have another physician perform the procedure in their absence. Although the jury rejected the victims’ claims that medical battery occurred, which requires proof of intentional harm, they sided with the plaintiffs regarding the hospital’s negligence.

The ruling provides compensation for the man’s physical and emotional damages, as well as damages suffered by his wife as a result of his injury. It could also have big implications in cases involving patients who are injured by doctors they did not authorize to perform a procedure and draw further attention to how fellows in health care facilities should be overseen by primary doctors during surgery.