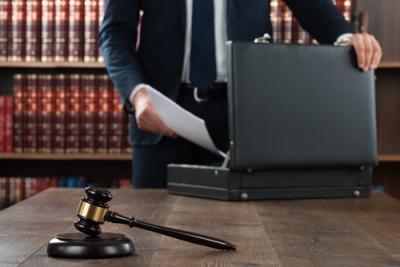 Last month, a Pennsylvania woman was awarded $96.5 million in compensation after she was catastrophically injured in a tragic Philadelphia building collapse in 2013. The award, which followed a $257 settlement between the Salvation Army and the building owner, is the largest payout to date for an injured plaintiff in the state of Pennsylvania.

The award stemmed from the 2013 collapse of the Center City building in Philadelphia, which killed seven victims and injured over a dozen others. The building had been undergoing demolition when an unsupported wall collapsed and fell onto a nearby Salvation Army Thrift Store near 22nd and Market Street. At the time of the collapse, the store had been open and filled with shoppers and staff. In connection to the collapse, the construction contractor and excavator operator were later charged with involuntary manslaughter and other criminal offenses, and received prison sentences.

The victim in this case, a 52-year-old woman, was at the building at the time of its collapse, and was trapped under the debris for more than 13 hours. Following the horrific emergency rescue, the woman was required to undergo an emergency amputation of her lower extremities, as well as 30 additional surgeries and multiple treatments for necrotic tissue at the site of amputation. The woman also suffered injuries to her throat, and is no longer able to speak or clear her throat of bodily fluids that constantly threaten asphyxiation. As a result of her injuries, she is confined to a wheelchair and will require 24/7 care for the rest of her life. Her future medical expenses were estimated in excess of $50 million.

Prior to the settlement $257 million settlement reached between victims, families, and the defendants, a 17-week trial resulted in the jury ruling that Salvation Army was 75% liable for the damages suffered by victims and their loved ones. They also ruled that the building’s owner was 18% liable. Because a settlement was reached prior to the jury awarding damages, an arbitrator was tasked with determining the value of individual settlements to be paid to plaintiffs. The $96.5 million award to the woman in this case came after an individual arbitration hearing.

This case speaks to the tragic consequences of large-scale accidents, including those involving construction mishaps and building collapses. While no amount of compensation can truly compensate victims who suffer life-altering injuries, or families who have lost loved ones, it does provide a sense of justice and the financial resources victims will need to cover past expenses and their future needs.

The record-setting award further highlights the extensive needs of victims who suffer catastrophic injuries that profoundly impact their lives and the lives of their loved ones. This is comparable to the life-altering physical, emotional, and financial damages families often face following serious birth injuries or medical malpractice, especially when victims require care and accommodations for the rest of their lives. Medical expenses, as was the case for this Pennsylvania woman, can quickly add up and exceed tens of millions of dollars. If a settlement had not been reached prior to the jury damages award, defendants in this case may have been awarded even more. This is due to the fact that juries are comprised of real people who give considerable weight to the emotional and psychological suffering endured by victims of tragedy.

One additional point of interest that can be gleaned from this tragedy and subsequent case is that criminal proceedings and civil actions are conducted separately from one another. Although a grand jury ruled to levy charges against those involved in the building’s demolition, and although several individuals were convicted and sentenced to prison, the criminal case did not provide the compensation victims and survivors required. In order to recover this compensation, victims had to file a lawsuit in civil court. Our civil justice system is the primary arena for voicing complaints about injustices, including those that result in preventable injuries, and it is precisely what our legal team does on behalf of the victims and families we represent – independent from any criminal actions taken against medical professionals or other at-fault parties involved in the cases we handle.

If you have questions about civil lawsuits related to medical malpractice or birth injuries, do not hesitate to contact The Law Offices of Dr. Michael M. Wilson, M.D., J.D & Associates. Our legal team is readily available to discuss your potential case and right to compensation.