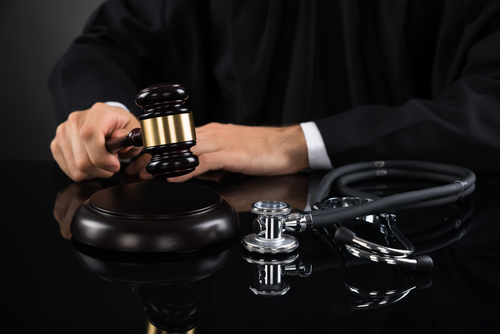 In a recent medical malpractice case in Pennsylvania, a jury awarded over $12 million to a 53 year-old man who was rendered paralyzed due to the failure of emergency room physicians who did not recognize he was suffering from a spinal epidural abscess. A spinal epidural abscess is essentially an infection and a rare disorder that can develop in people who have had back surgery, bloodstream infections, boils on the back or scalp, or bone infections in the spine. While it is a serious condition, early detection and swift treatment greatly increases one’s chances for a positive outcome.

In this case, the failure to diagnose in a timely manner resulted in paralysis in the arms and legs, loss of bowel and bladder control, and loss of sexual function. Despite the order of an immediate MRI, the radiologist incorrectly interpreted the information, which cost the patient an additional day. By the time the mistake was corrected, the damage done was no longer reversible. The verdict included a $500,000 award for the patient’s wife as well, for her loss of consortium.

Medical errors are the leading cause of death and injury in the United States. The Journal of Patient Safety estimates that 440,000 people die every year due to medical errors that are avoidable. In this case from Pennsylvania, the patient’s life was irrevocably altered mainly due to an error in reading the ordered MRI.

The Law Offices of Dr. Michael M. Wilson M.D., J.D. & Associates is unique due to Dr. Wilson’s own combination of medical and legal knowledge, giving him an edge that not every attorney can offer. Medical malpractice lawsuits can be complicated because of the medical expertise that is required to show that the medical professional’s negligence was responsible for an injury or death. Dr. Wilson has obtained more than $100 million on behalf of his clients. Call for a free consultation at 202.223.4488.