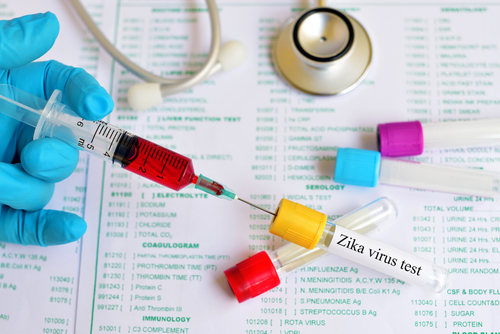 Officials from the District of Columbia have reported that at least five pregnant women who had their blood tested for Zika by the DC public health lab last year have since given birth. These five births include at least one woman who was confirmed to have been infected with the Zika virus, and four others who may have also been infected but were told last year that they tested negative.

In a previous blog, we reported on the controversial botched blood tests involving over 400 patients, and nearly 300 pregnant mothers, who had their blood examined by the District of Columbia public health lab between January 2016 and December 2016. As a result of a mathematical error in recording and calculating blood test results, the lab provided hundreds of patients with false positives regarding Zika, a virus spread through mosquito bites or sexual transmission. This included at least nine pregnant women who may have actually been infected with Zika. Unfortunately, that number may rise.

Other mothers and patients whose blood was tested by the lab may still be at risk, as re-testing of blood samples is still ongoing. However, officials have not commented on the status or full results of retesting. Unofficial reports from local representatives have claimed that the true number of confirmed Zika retests is higher than nine.

In addition to retesting and reviews, federal officials are also auditing the lab to determine how the mistakes occurred and whether disciplinary action should be taken. CDC officials have stated that the DC lab is the only health care provider to have improperly handled Zika testing, which will likely lead to millions of dollars in legal claims.

Zika is a virus most concerning for pregnant women, as it can be passed from mother to fetus and pose risks a number of serious birth defects, including microcephaly, a condition involving abnormal development of the brain. Microcephaly is characterized by a baby’s undersized head.

In their recent update, officials have stated that there have been no reports of microcephaly among babies recently born in DC. However, there still remains concerns over whether children born to mothers who received false positives have other birth defects and complications, as some disorders may not present themselves until a year or more following birth. These defects may include:

Should the blood tests had been correctly performed initially and mothers made aware of their true condition, those infected with the Zika virus would have obtained medical monitoring and treatment during their pregnancy to address these serious defects. Additionally, babies born to mothers with Zika require regular medical evaluation. It could take years before the true impact of the lab errors are fully known.

As updates roll in, concerns and questions are growing among local residents, public officials, and the many patients who had been tested at the DC public health lab. According to many, their safety should be a priority, and retests should be handled with a stronger sense of urgency, as other affected women may have become pregnant, given birth, or may soon give birth.

At The Law Offices of Dr. Michael M. Wilson M.D., J.D. & Associates, our Washington, DC birth injury lawyers are closely tracking the progress of the ongoing investigation and retests, as we intend to support any victims and families who were affected by this preventable error. While it may be some time before the full scope of the problem and the resulting damages are known, local residents and mothers who received false negatives from the DC public health lab last year can still take steps to learn more about their legal rights, options, and how our firm can help.

Attorneys Michael M. Wilson and Gerald F. Kaplan are both physician attorneys who understand the unique and complicated issues involved in birth injury and medical malpractice cases. By taking a comprehensive medical and legal approach, our lawyers are able to provide the insightful and experienced representation victims need to hold at-fault parties accountable for their negligence and liable for victims’ damages.

To discuss a potential case, contact our firm for a free consultation.