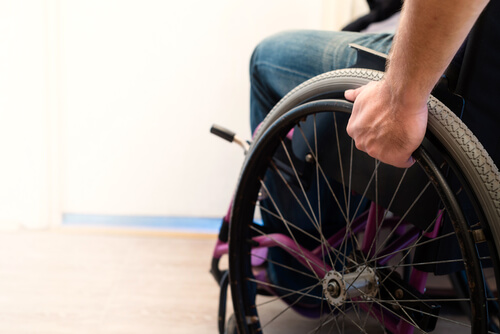 A 25-year-old man from Ashland, Missouri was playing a game known as Knockerball in December of 2016 at a local mall when he suffered severe and permanent injuries that left him with quadriplegia. Knockerball, also referred to as bubble soccer, is a game in which players are insulated in their own personal inflatable plastic bubbles. It is known for its high contact nature and for players bouncing off one another while running.

A lawsuit filed by the man named the local franchise which had opened at a Jefferson City mall a month prior to his injury as the defendant. The recreation business had previously operated for a year renting out Knockerball equipment for private parties and community events. A separate lawsuit was also filed against the franchise’s parent company, the product supplier, and the mall where the business was located.

Court documents show that the man had suffered a fracture and spinal cord injury while playing at the Knockerball facility which left him with permanent paralysis of his arms and legs. He alleged that the recreation business was negligent in their operation of Knockerball games and that the company failed to post safety warnings or provide safety instructions to customers prior to playing. The lawsuit also stated that some areas of the business had hardwood flooring and thin commercial-grade carpet covering concrete flooring that posed unreasonable dangers.

Following a bench trial, a Cole County judge ruled in favor of the man and ordered the recreation business to pay more than $44.6 million in damages. This large judgment was comprised in part by the nearly $19 million in medical expenses incurred by the man following his injuries. It will also cover his lost wages, lost earning capacity, and the costs of future medical care and expenses.

The large award in this case exemplifies that substantial damages victims can incur when they suffer catastrophic injuries, and especially injuries that create a lifetime of limitations and medical needs. Not only did the victim incur exorbitant expenses treating his initial spinal cord injury, he will also face a future in which his opportunities for gainful employment are severely limited. His quadriplegia also results in a marked loss of his quality and enjoyment of life, and will result in medical needs and expenses for the rest of his life.

At The Law Offices of Dr. Michael M. Wilson, M.D., J.D & Associates, we find cases involving these types of incidents and serious injuries profoundly tragic, as we have also worked with victims and families who have suffered life-altering damages as a result of negligence. We know that victims incur tremendous physical suffering and financial setbacks, and that those can pale in comparison to emotional injuries that accompany altered futures.

While the case is tragic, the judgment is reassuring in that it demonstrates the power of our civil justice system to correct injustices and hold negligent individuals and entities accountable for preventable and serious harm. The award handed down by the judge in this case may never make up for the losses suffered by the victim and his loved ones, but it can provide the funds and means required for supporting his future needs.

If you or someone you love has suffered serious injuries, including spinal cord injuries or those resulting from medical malpractice, you may be entitled to compensation if they were caused by the negligent or wrongful acts of another. Our legal team at The Law Offices of Dr. Michael M. Wilson, M.D., J.D. & Associates have extensive experience representing the catastrophically injured, and leverage Attorney Wilson’s insight as a medical doctor to illustrate the full scope of injuries and how they impact the lives of victims.

To discuss a potential case, contact us for a free consultation.