Medical Malpractice Claims at the University of Maryland Hospitals 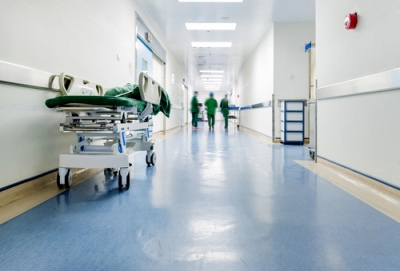 There are a total of 11 hospitals and medical facilities within the University of Maryland Medical System (UMMS), including the University of Maryland Medical Center (UMMC). With more than 35,000 annual inpatient admissions and at least tenfold that number in outpatient visits, it is one of the busiest medical facilities in Baltimore and the state. It has the staff and equipment to diagnose and treat a vast number of medical emergencies as well as less urgent matters.

However, UMMS hands many roles and responsibilities to residents who are inexperienced and still learning how to be a medical professional. With so many people coming to the center each year, the risk of a medical malpractice incident is high. According to lawsuit records, there have been at least 15 serious incidents of medical malpractice that led to significant injury or patient death within the last three years, some including surgical errors, diagnosis failures, and other egregious mistakes.

Filing a Claim Against UMMC

Trying to take on a hospital or medical group in a medical malpractice claim is understandable intimidating. In many regards, a hospital like UMMC starts with the upper hand and will always defend itself and its practitioners adamantly, in or out of court. One advantage is the assumptions that come with a generally positive reputation. UMMC and its hospitals are good for Baltimore and its people, and provide outstanding medical care in the majority of cases. However, doing things right most of the time is not an excuse for those moments when things go wrong.

Another advantage held by hospital groups is their sheer size and influence. It is not unusual for a hospital to have a team of defense attorneys on retainer in case something happens and a medical malpractice lawsuit is thrown on their desk. Indeed, the fact that medical facilities use on-call defense teams indicates that medical malpractice incidents are prevalent enough to become a problem. UMMC has been defended in recent years by prestigious defense firms from throughout the region.

The purpose of these firms is figuring out initially if the medical malpractice claim can be challenged. If a loss for UMMC is likely, they will try to calculate the lowest settlement possible and offer it. If a win might be possible due to a lack of clear evidence, then you can be confident that they will fight the claim tooth-and-nail, likely dragging it to courtroom litigation.

Take Charge of the Situation with Our Law Firm

If the University of Maryland Medical Center and Medical System is always ready to fight a lawsuit, how can you take control and ready yourself for the legal fight ahead after you get hurt by medical malpractice there? The answer is simple. Turn to The Law Offices of Dr. Michael M. Wilson M.D., J.D. & Associates, a trusted medical malpractice law firm in Washington DC. We are led by principal attorney Michael Wilson, who uses his background as a physician to provide unparalleled insight into health issues and causation for medical malpractice claims. With our team by your side, you can empower yourself with the confidence, experience, and know-how needed to take on UMMC and other medical groups like it.

Ready to start your claim? Call 202.223.4488 or email our office for a free consultation with a law firm that focuses exclusively on medical malpractice cases.