Medical Errors Third Leading Cause of Death in the United States 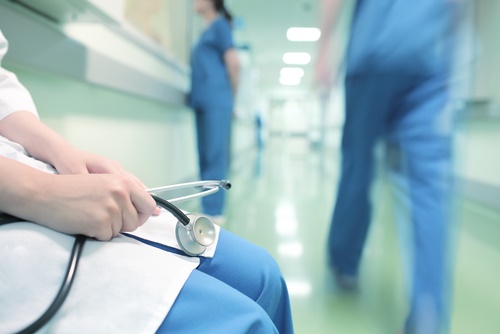 Whenever we are hurt, have an illness, or are dealing with some kind of medical condition, we trust doctors and hospital staff to take care of us and remedy our situations. This is a reasonable expectation as these are professionals who have trained years to get to where they are in their field. Unfortunately, there are times when doctors make mistakes. While we would like to think that these errors are rare, they happen more often than they should. This is the basis behind a study from earlier this year in which medical errors were labeled the third leading cause of death in the United States.

According to analysis published in the BMJ (formerly the British Medical Journal), medical errors claim the lives of 251,000 Americans each year. This puts it higher on the list than accidents, strokes, respiratory disease, Alzheimer’s, and more. The only conditions that cause more deaths are heart disease and cancer. Medical errors are considered to include everything from issues in the hospital system, communication breakdowns, incompetent doctors, drug medication errors, and more. Systemic issues and communication breakdowns are other causes resulting from inaccurate information on the patient’s chart or issues during patient hand-offs from department to department.

The study was conducted by Martin Makary, who serves as a professor of surgery for the Johns Hopkins University School of Medicine. One of his major concerns is the fact that there are too many people who are dying as a result of the care they receive rather than the condition for which they sought medical attention. Medical errors have been a topic of discussion over the past two decades or so, with an Institute of Medicine Report in 1999 calling preventable medical mistakes an epidemic. This has led to plenty of discussions regarding how this can be fixed.

Part of the study showed that the 251,000 annual deaths is equivalent to 700 deaths a day. This means of all deaths in the United States each year, 9.5% are the result of a medical error. There are some that believe the number could be more, but with the way cause of death is currently labeled, there is a potential that many deaths are not being accurately reported. Currently, the United States Centers for Disease Control and Prevention (CDC) does not require the reporting of deaths caused by medical errors using billing codes.

Medical errors include mistakes made by doctors, anesthesiologists, nursing staff, and more. It can include medication errors, anesthesia errors, and surgical errors such as operating on the wrong body part, operating on the wrong patient, or leaving a foreign object inside the patient. These surgical errors are referred to as “never events” because they are considered actions that should never happen in the hands of a medical professional. Unfortunately, these actions do happen, and when they do, it is the patient who suffers as a result.

If you have been harmed by the negligence of a medical professional or lost someone you love due to a medical error, you may have a right to take legal action against the responsible party. Patients should be afforded particular care when in the hands of a medical professional. When this doesn’t happen and the duty of care is breached, the patient who has been harmed may be able to file a medical malpractice lawsuit in order to seek compensation for the damages sustained. Our Washington D.C. medical malpractice attorneys at The Law Offices of Dr. Michael M. Wilson M.D., J.D & Associates are here to help you move forward.

Call us today to discuss your potential lawsuit.