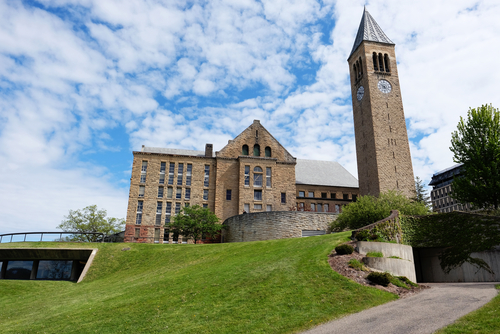 A Manhattan jury awarded a record-setting $71 million verdict last Thursday, September 28 to a former Cornell University student who suffered life-altering injuries in a wreck caused by a fatigued driver.

According to court documents, the wreck occurred in August of 2012 when a Cornell grad fell asleep while driving on State Route 79 en route to the college. The victim, who was a passenger in that vehicle, suffered severe injuries when it traveled into oncoming traffic and collided with another vehicle. The driver of the other vehicle, a 94 year old woman, was killed in the accident.

As a result of the crash, the victim suffered a fractured back and spinal cord injury that prevented her from attending class and finishing school while in a wheelchair. Although she can now walk with the assistance of leg braces, she will never regain feeling in her feet or enjoy the many activities and sports – including skiing, running, and sailing – she once had.

The judgment, recognized as one of the largest awards for this type of injury in the country, is a testament to the powerful role non-economic damages play in cases involving catastrophic and life-altering injuries. As this jury has made clear when it awarded $11 million for pain and suffering, everyday Americans understand the profound emotional losses victims suffer when they endure severe injuries that not only cause considerable or chronic pain, but also affect their quality of life and their future.

This case, although tragic for the victims involved, highlights the real emotional consequences that accompany severe injuries. Thankfully, the jury in this case recognized those consequences, and made a determination regarding the compensation the injured victims should receive for their past and future pain and suffering. Had this been a victim of medical malpractice, unfortunately, this award would have been reduced under legislative caps.

Non-economic damages caps in medical malpractice cases have been big news in recent years, and many advocates oppose them for harming the most severely injured victims. In addition to most Americans opposing caps, several states have begun issuing landmark decisions declaring damages caps unconstitutional. This includes a recent Florida Supreme Court case where the court ruled that caps are arbitrarily implemented, and that they only harm those who suffer the most severe harms.

While tides may be turning when it comes to removing caps, the fact remains that attorneys who represent victims must remain vigilant in their efforts to illustrate the full scope of clients’ damages and fight for the maximum compensation possible. That is precisely what our attorneys do at The Law Offices of Dr. Michael M. Wilson, M.D., J.D & Associates. If you have questions about a potential case, contact us for a free consultation.