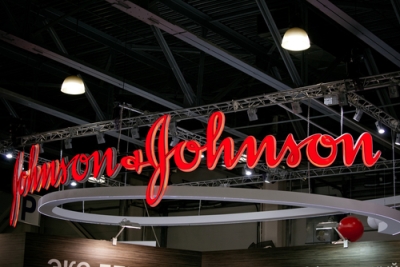 Last week, a jury in Philadelphia, PA awarded a 51-year-old woman $57.1 million in damages for complications, pain, and suffering related to pelvic mesh implants that failed to work as intended due to inherent defects with the product.

The verdict is the fifth and largest jury award in a series of mounting lawsuits filed against Johnson & Johnson and its subsidiary Ethicon by women across the country who claimed they suffered post-operative complications after receiving defective vaginal mesh implants. In the four other cases, plaintiffs were awarded between $2 and $20 million for their injuries. There are over 100 other pelvic mesh lawsuits pending trial in the Philadelphia court system, and many others across the country.

The record-setting verdict in last week’s case was awarded in response to the serious complications, pain, and injuries suffered by the plaintiff after undergoing surgery to treat stress urinary incontinence. According to court documents, the woman endured three separate revision surgeries to remove a defective mesh implant that had eroded into her urethra, a common complication associated with the product. As a result of the defective mesh and surgeries, she suffered from considerable and chronic pain, as well as a number of adverse health effects, including dyspareunia, intrinsic sphincter deficiency, and recurrent urinary tract infections.

Although the latest pelvic mesh verdicts are being disputed by Ethicon, they are reassuring to the many women who have suffered harm due to serious complications involving the implantation of pelvic mesh, which is commonly used to treat urinary incontinence or pelvic organ prolapse.

According to numerous reports and warnings issued by the FDA, roughly one in ten women are likely to suffer complications following pelvic mesh implantation. As such, regulators require product manufactures to conduct thorough clinical trials and carefully evaluate risks. Despite these requirements, some manufacturers continued to produce products that unreasonably put patients at risk for a range of severe complications, including:

Because product manufacturers can he held liable for failing to ensure the safety of their products (either through adequate design and manufacturing, appropriate and sufficient testing, and / or adequate warnings and risk disclosures), they can be held liable for the harm patients suffer. The recent jury awards in pelvic mesh cases illustrate just that, and are likely predictive of the many results yet to come.

If you or someone you love has been harmed as a result of complications arising from a pelvic mesh implant, or any other defective medical product, you too may be entitled to financial compensation for your damages. Our Washington, DC medical malpractice attorneys at The Law Offices of Dr. Michael M. Wilson, M.D., J.D & Associates can help you learn more about your rights during a free consultation.