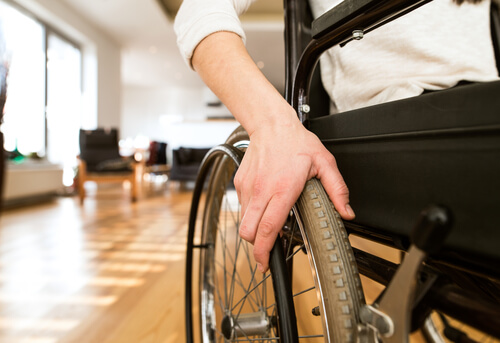 A jury in Cook County recently awarded $148 million in damages to a 26-year-old woman who was permanently paralyzed after a poorly maintained bus shelter collapsed and fell on her at Chicago O’Hare International Airport. The $148 million was the largest personal injury verdict against the city in history.

The substantial jury award, which far exceeded the defense’s suggestion of $30 to $40 million in damages, stems from a 2015 incident which the woman and her legal team alleged could and should have been prevented if not for the wrongful conduct of public officials at the airport. As they argued at trial, the woman, a former dancing star, suffered a severe spinal cord injury when a 700 pound bus shelter she was standing under collapsed and crushed her.

Prior to trial, the city of Chicago admitted to wrongdoing in poorly maintaining the shelter, which prevented the jury from hearing critical details about the city’s failures to adequately maintain the shelter and ensure it did not pose unreasonable safety risks. However, case documents and investigative reports shortly after the incident showed that the bus shelter, as well as many others available to the public, were in severe estates of disrepair and had rusted parts and missing bolts. City officials ultimately removed many the of the dangerous bus shelters following the woman’s accident.

This case, while a tragedy for the victim and her family, helps highlight a number of important elements in personal injury cases involving serious injuries. First and foremost, it shows that even public officials and local governments can be held accountable when public facilities and structures pose unreasonable risks to the public, and that the city is ultimately responsible for ensuring that these structures are adequately maintained. Under premises liability laws, property owners have a legal obligation to take steps in addressing potential risks and hazards that could cause harm to visitors and guests, particularly when they knew or should have known about those hazards. As the case and admission of wrongdoing show, the city of Chicago, which should have known that the bus shelters were in disrepair and could possibly collapsed, failed in its legal duty to fix them.

The $148 million verdict, a record-setting award against the city, also illustrates the power of civil jury trials, in which average American citizens hear testimony as to the nature and scope of victims’ injuries and damages. Although the defense suggested that $30 to $40 million in compensation would be sufficient, the jury elected to award far more. This stands testament to their understanding of not only the extensive medical bills the victim and her family accumulated following the injury, but also their profound emotional injuries and their future financial needs. Due to the accident, the woman’s life is changed forever, and she will endure chronic pain and lifetime of future medical needs.

If you or someone you love has suffered a spinal cord injury or any other catastrophic injury due to negligence, including the negligence of medical professionals, our physician-attorneys at The Law Offices of Dr. Michael M. Wilson M.D., J.D. & Associates are available to help. Contact us to speak personally with a lawyer from our firm during a FREE consultation.