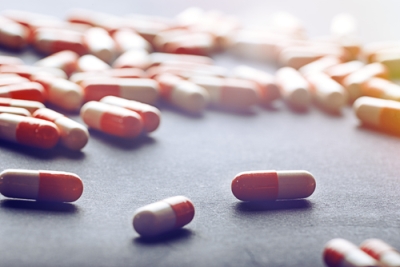 A fatal medication error that led to the death of a patient being treated by the University of Maryland Medical System resulted in a $10 million jury award.

According to court documents, the lawsuit was filed by the family of a 63 year old Gwynn Oak man who had died in 2013 after he was admitted to the Medical Center due to kidney and liver problems, including rhabdomyolysis, a serious condition which often leads to kidney failure.

During his admission, he was prescribed Kayexalate, a medication used to treat an excess of potassium in the body, in order to address heart issues. The drug functions by extracting potassium from the blood into the colon, where it can be released through the body’s natural elimination. Although the victim’s wife had noticed blood in his stool, court records indicate it took medical staff several hours to conduct tests and make a determination that there had been adverse effects on his colon.

As the family argued in its suit, the victim suffered irreversible colon damage because the University of Maryland Medical Center physician who prescribed the medication was not aware of its associated risks and complications, which can include injury to the colon. The lawsuit also alleged that the doctor could have used dialysis as a treatment for higher potassium levels, which was argued as the safer option. The defense, in its argument, claimed that the man’s underlying liver and kidney problems caused his death.

Our Washington, DC medical malpractice attorneys at The Law Offices of Dr. Michael M. Wilson, M.D., J.D & Associates have extensive experience protecting the rights of victims and families who suffer harm due to preventable medical mistakes, including those involving drugs and prescription medications. When it comes to the administration of medicine, physicians and other health care providers with the ability to prescribe must ensure the adhere to relevant standards and treat patients as any reasonable and competent medical professional would under the same or similar circumstances.

In this particular case, the plaintiffs argued, the treating physician failed in his duty to properly assess the risks and potential complications, as well as the possibility of safer alternative treatments, posed by a medication he chose to prescribe a patient. Failing to take the risks of a medication into account for given patient may amount to medical malpractice if it can be shown that the doctor’s prescribing was negligent and not in accordance to what other skillful doctors would have done. Other examples of medication errors include:

When used appropriately, medications can prove beneficial to both patients and health care providers. However, the negligent and careless acts of medical professionals with the power to prescribe or administer medications can subject patients to the risk of serious injury or even death. When these medication errors are avoidable, victims have every right to hold the negligent health care providers liable for their damages.

Our legal team at The Law Offices of Dr. Michael M. Wilson, M.D., J.D & Associates is passionate about helping victims of medical malpractice as they navigate the complex legal journeys they face. If you have questions about medication errors or any other medical malpractice issue, our team is here to help you better understand the merits of your claim, and your right to compensation. Contact us to get started during a free consultation.