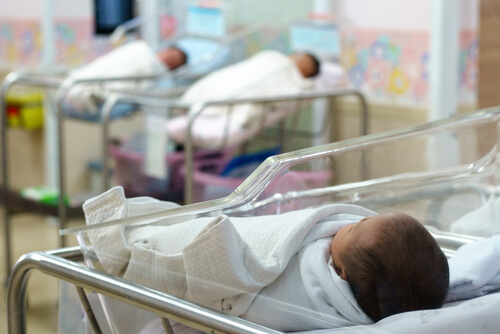 Regulators from the District of Columbia Health Department recently shut down the obstetrics ward at United Medical Center, the only full-service hospital in Southeast DC, after it was discovered that medical staff made multiple errors in treating pregnant women and newborns.

According to The Washington Post, multiple women and their babies received substandard care at the DC hospital. This includes one case in which staff failed to follow essential protocol to prevent HIV transmission from infected mother to newborn, which would include steps such as C-section delivery and immediate antiretroviral treatment after birth.

In another case of medical negligence cited by the DC Health Department, staff failed to adequately monitor and treat a mother who was 35 weeks pregnant, despite the fact that she was morbidly obese, complained of breathing difficulties, and had a history of potentially fatal blood pressure problems. Regulators have not stated what happened to the mother or child in either case.

Although the health department has not released an official letter as to why regulators took such an aggressive step to close the obstetrics ward on August 7th, it has publicly stated that evidence observed in the hospital, which treats predominantly lower income neighborhoods, led to a restriction of the hospital’s license. Some advocates have questioned regulators’ lack of transparency as possible concealment of medical mistakes they discovered. For example, only two categories of violations were noted: failure to report HIV infection, and failure to comply with acceptable medical practice standards.

The lack of public information regarding the closure, what mistakes occurred, and what conditions were like in the DC Hospital serve to highlight the importance of trust in our health care system. Medical malpractice causes numerous preventable injuries and deaths each year, but, as we have reported on in recent blogs, reporting and publication of errors that lead to adverse patient consequences is not always up to snuff. This is largely due to medical professionals and hospitals that want to keep information about mistakes and substandard care away from the public eye.

As advocates and even lawmakers condemn the health department and the hospital for not providing full transparency in matters important to public safety, it bears reminding that even following investigations, publicity, and public admonishment, medical providers can still harm patients when they provide negligent care. At The Law Offices of Dr. Michael M. Wilson, M.D., J.D & Associates, our physician-attorneys help those patients protect their rights to justice and fair compensation in our civil justice system.

If you have questions regarding a potential medical malpractice case involving a hospital in Washington, DC, or any other medical setting, our legal team is available to help you learn more about your rights and what we can do to help. Contact us for a free consultation.