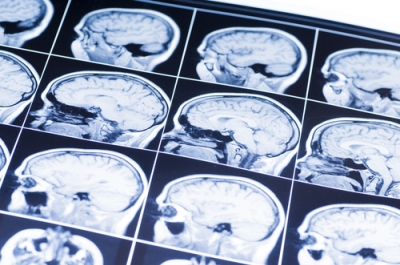 In a case from Dallas County, Texas, the family of a woman who died after suffering brain damage while being treated at a local hospital was awarded nearly $20 million in damages. Prior to her passing, the woman, who worked as a surgical technician at the same hospital where she was treated, was in a vegetative state for over a year.

According to court documents, the 29-year-old woman underwent treatment for Guillain-Barre syndrome, a condition in which the body’s immune system attacks the peripheral nervous system. While the disorder affects a patient, they often require breathing assistance using mechanical ventilators for a period of weeks. Following treatment, most patients make a full recovery. In this particular case, the woman had a breathing tube inserted incorrectly into her trachea. At trial, evidence indicated the mistake caused the woman to receive less than half the amount of oxygen she required.

Despite knowing that the woman was not getting enough oxygen, the leak lasted into the following day. On the second day, a nurse improperly moved the patient without assistance, such assistance being required by the applicable nursing standards. During this improper move, the breathing tube was dislodged and the woman was deprived of oxygen for more than half an hour.

Due to that oxygen deprivation, the woman suffered severe brain damage that left her in a vegetative state for over a year. She died in January of 2015, leaving behind a husband and their two infant children.

At trial, the jury found the physician and treating practice group liable for $19.7 million in damages. This includes damages awards for loss of companionship, mental anguish, medical expenses, past and future damages, and pain and suffering. Several other defendants had been named in the case, but these defendants settled with the family prior to trial and were no longer defendants at the trial.

In cases as tragic as this, it is clear that juries do not take the profound suffering and losses of families for granted. While no amount of money can serve as recompense for victims and their loved ones following an untimely passing, successful verdicts do provide a sense of justice by holding negligent health care practitioners accountable for the harm they have caused. They also provide the financial means for families to cover their incurred expenses, including medical bills, the costs of assistive care, and the costs of supporting families without a loved one’s financial support. Additionally, compensation awards provide non-economic damages for the emotional losses suffered by families.

This case further highlights another important issue in medical malpractice cases – the willingness of physicians to accept fault. Because several other defendants had settled prior to trial, it became clear that the doctor in this case was unwilling to accept responsibility. While physicians and health care providers often defend themselves in court against malpractice lawsuits, and aggressively so, juries commonly place significant weight in how medical providers choose to accept or deny responsibility for their actions. As the lead plaintiff’s attorney commented in this case, that refusal to accept responsibility very well could have been the driving force behind the jury’s verdict.

Our legal team at The Law Offices of Dr. Michael M. Wilson, M.D., J.D & Associates has extensive experience advocating on behalf of families whose loved ones have suffered life-altering injuries, although not involved in the Dallas County case, as well as families whose loved ones paid the ultimate price as a result of medical negligence. We understand the profound and difficult nature of these cases, and leverage our experience as both attorneys and physicians to help secure the best possible outcomes and maximum compensation possible. If you have questions regarding your rights following medical malpractice, including malpractice resulting in wrongful death, contact our firm for a free consultation.