Coronavirus Transmission in Jails Like a Ticking Time Bomb 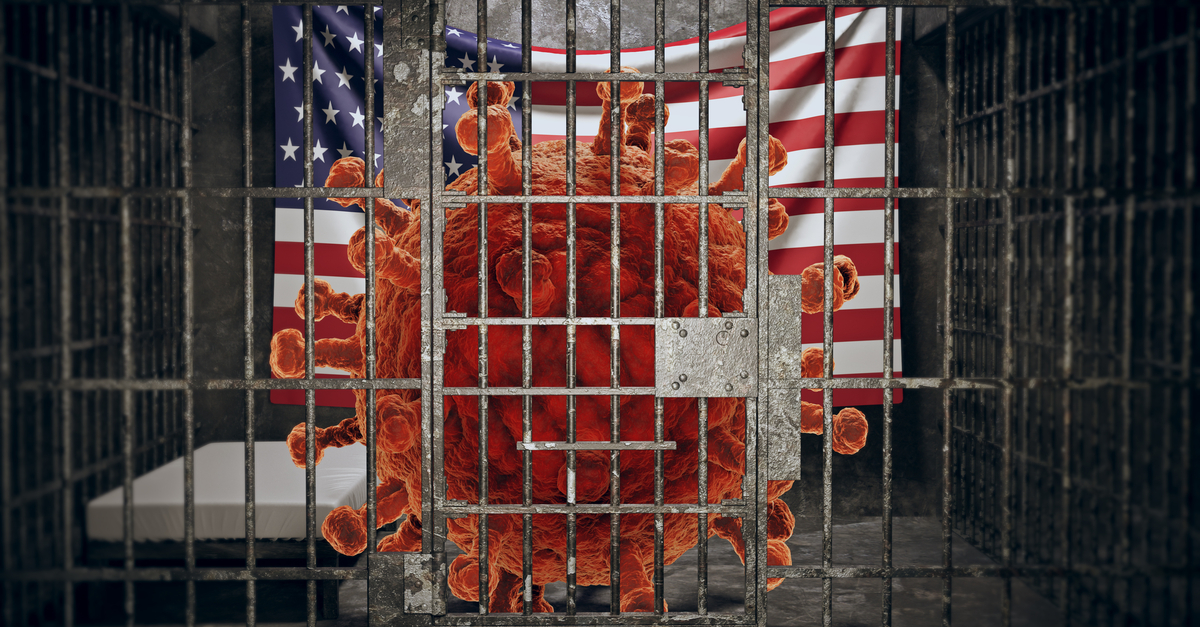 The highly contagious COVID-19 virus has been spreading widely through correctional facilities in Washington, D.C.

Jails and prisons are now in the spotlight as hotbeds for the spread of the virus. One jail inmate, Kamal Dorchy, at the District of Columbia’s Central Detention Facility in Southeast D.C. said in a news report, “It’s like a ticking time bomb in here.”

It’s a sentiment echoed by many officials. The District of Columbia’s Central Detention Facility, known simply as the D.C. jail, has itself come under scrutiny for its rapidly growing number of COVID-19 cases. It recently faced a lawsuit alleging that the jail had not followed the safety measured recommended by the Centers for Disease Control and Prevention (CDC).

The lawsuit asked that the D.C. DOC take action to reduce the inmate population by releasing some prisoners early and to implement several other fundamental policies and procedures that would help to lessen the risk to the prisoners’ health and safety.

Some of the 20 policies and procedures included in the lawsuit to help mitigate risks included requests such as:

In response to the lawsuit, a Washington D.C. judge ordered an inspection regarding “medical services and environmental health and hygiene” at the D.C. jail. Unannounced and unescorted site visits during multiple shifts were conducted at the facility from April 10-12 by independent inspectors. The inspectors delivered their written report to the judge on April 18.

The judge issued her ruling on the lawsuit one day later. In general, the court supported most of the recommendations in the final inspection report and ordered the D.C. jail to address and rectify the deficiencies. However, the court did not agree with the request to release inmates.  By then, all but nine inmates, charged with or convicted of misdemeanors, had already been released.

As of June 2, roughly half of the inmates in the D.C. jail have been tested for the coronavirus. Around 470 were quarantined, and one prisoner died in April, according to American University Radio.

Steven Marcus of the D.C. Public Defender’s Office reported that the jail has complied with some of the judge’s orders, but there are still “gross deficiencies” in sanitation practices at the facilities.

The COVID-19 situation in the D.C. jail is not unique. According to The Marshall Project, “By May 6, at least 20,119 people in prison had tested positive for the illness, a 39 percent increase from the week before.” As is true throughout the U.S., the number of people testing positive is likely much higher, since testing for the virus has not been adequate in many areas.

As the virus began spreading in state and federal prison systems, the issue of early release for incarcerated people began to take on a new urgency. Lawyers began to flood the federal, state, and local courts with legal actions to release non-violent inmates, inmates with underlying health conditions, and those with little time left on their sentences.

Can Prisoners Be Released Due to the COVID-19 Pandemic?

Attorney General William Barr issued an order on March 26, allowing federal prisons to reduce the number of prisoners by releasing them early and sending them for home confinement. He took this action to help reduce the burden on courts, lower the likelihood of more infections and deaths in not only the prison population but also among prison employees, and also in the general community.

Meanwhile, states across the country have also been releasing inmates or considering bills to release prisoners to limit COVID-19 risk.

What Have Jails Done to Slow or Prevent the Spread of the Coronavirus?

Early release is one action jails have taken to help slow the spread of the coronavirus. Other actions have focused on educating inmates about the CDC guidelines and techniques for social distancing, hand washing, covering up when coughing and sneezing, and cleaning and disinfecting. Of course, some of these recommendations cannot be readily followed by incarcerated individuals.

Some facilities have turned to other options utilizing a technology called UVGI, which stands for ultraviolet germicidal irradiation. This technology has been used by hospitals to decontaminate equipment, including N95 respirators. It has also been used at wastewater treatment plants to sanitize water and even to disinfect floors at the Pittsburgh airport.

While the coronavirus continues to spread throughout the world, without a vaccine or effective treatments, people living in prisons and jails will continue to be vulnerable targets for infection, and many may ultimately die of COVID-19.