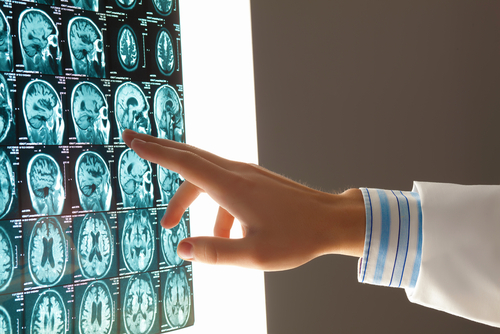 In a recent notable verdict from Illinois, a Tinley Park family was awarded over $23.1 million in compensation by a Cook County Circuit Court judge who sided with the family’s allegations that their child’s birth injuries and ongoing health problems could and should have been prevented if not for the negligence of a medical professional who was present during delivery. The award is believed to be the largest on record in a birth injury case decided by a judge, rather than a jury.

The lawsuit, initially filed in 2014, involves a now 5-year-old girl who suffers from cerebral palsy, epilepsy, and other health problems which will require lifelong medical care and accommodations. According to court documents, these injuries were caused by brain damaged suffered by the girl during and shortly after birth, when she suffered substantial blood loss and was not fully transfused until hours after birth. The family named the neonatologist who assisted in the girl’s birth and the Palos Community Hospital as defendants. The neonatologist was not employed directly by the hospital.

At trial, it was revealed that the family specifically chose Palos Community Hospital, which advertised an on-site neonatologist, because the mother was 38-years-old and considered a high risk pregnancy. When there was evidence of a large amount of blood loss during the birth, and the baby’s heart rate no longer registered on a fetal heart monitor, the baby was delivered via C-section.

At the time of delivery, hospital staff reported that they tried several times to reach the neonatologist, and that they contacted an associated of the physician who came to the hospital and supervised the girl’s care. The neonatologist was eventually reached by phone and arrived at Palos Community Hospital 20 minutes after his colleague. Prior to his arrival, the doctor’s associate had ordered blood for a transfusion, but because it was not enough, more blood had to be ordered and there was a delay in its arrival. The newborn was ultimately transferred to a children’s hospital and spent nine weeks in neonatal intensive care.

Court records show that the neonatologist admitted to a critical failing when he left his cellphone and pager behind at the hospital following a shift in the hospital’s neonatal intensive care unit. It was the first time in his over 40-year career he had made such a mistake, his attorneys argued.

Unfortunately, the delays had tragic consequences. Due to a rupture of a fetal vessel, the girl has lost nearly 60% of her blood supply, had no heartbeat for over 20 minutes prior to delivery, and displayed no signs of life when she was delivered. Those factors, the family successfully alleged, caused massive brain damage that resulted in the child’s significant physical impairment and life-altering repercussions. The doctor’s attorneys argued that because neonatologists only care for newborns after a delivery, there was no causal connection between the physician and the brain damage.

Ultimately, the doctor was found negligent for his role in the birth injury and was held liable for roughly $2 million in damages. Although the Hospital was not found negligent, it was found liable for roughly $21 million of the total damages. This significant verdict will be essential to providing compensation for the past expenses and emotional injuries suffered by the girl and her family, as well as the ongoing care she will require for the rest of her life. The 5-year-old requires physical, occupational, and speech therapy, and requires assistance with nearly every task in her daily life. The mother also quit her job in order to care for the child.

This case speaks volumes about the tragic consequences negligence can have when it takes place during and after delivery. Birth injuries may range in severity, but those involving severe physical injuries, including brain damage, commonly create lifelong challenges for victims and their loved ones. The record-setting verdict, while not always a clear expression of emotional damages, does show that the financial needs of victims and their struggles must often be equated into large sums.

The Law Offices of Dr. Michael M. Wilson, M.D., J.D & Associates is a recognized medical malpractice and birth injury law firm in Washington, DC that closely follows notable cases and verdicts throughout the country. Our tireless commitment to this area of law enables us to remain up-to-date with the latest legal issues and to provide the exceptional support and representation our clients need when seeking justice and a full recovery of their damages. If you have questions about a potential birth injury case and how our DC attorneys, who are also physicians, can help you, contact us for a free consultation.