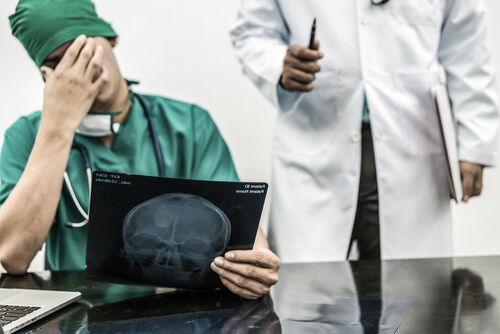 Dr. Ira Kirschenbaum, head of orthopedic surgery at Bronx-Lebanon Hospital, is facing widespread scrutiny over a record that alleges numerous poor patient outcomes, including four patient deaths since 2008 and 10 lawsuits accusing the surgeon of medical malpractice throughout his career. Additionally, an article from the New York Post reports that 7 medical staff at the Hospital sent anonymous letters to the New York medical disciplinary board about the surgeon’s quality of patient care.

According to records, Kirschenbaum was made department head in 2008 despite a questionable record that included three malpractice settlements, a closed case, and two pending lawsuits. The Chief of Surgery was not permitted to evaluate Kirschenbaum, and some believe he was appointed in an attempt to increase the hospital’s number of knee, hip, and joint replacement surgeries, which can be high revenue earners for medical centers. However, just three weeks following his appointment, a 57-year-old Bronx resident with kidney disease and diabetes died following a procedure performed by Kirschenbaum.

In a complaint made on behalf of the patient and six others, Kirschenbaum allegedly delayed the surgery for two weeks, and also never saw the patient or provided wound management information following the operation at the beginning of April, despite the patient experiencing complications and an infected ulcer on her foot. Her ulcer became worse, and she died in May of 2008.

Within the next month, two additional patients treated by Kirschenbaum died, and by October 2008, four patients in total had passed after being cared for by the doctor. The pattern of deaths in such a short span of time resulted in complaints to a state administrative board, but not to hospital officials. The medical center did not take any against Kirschenbaum.

In addition to complaints filed by patients and anonymous letters from multiple hospital staff members, Kirschenbaum has since been sued by three patients and has continued to garner complaints about his quality of care. The hospital continues to stand by the doctor.

The New York Post article may make for great journalism, but it also calls attention to larger issues in the health care industry, including hospitals and health care providers that negligently hire and retain medical professionals with questionable health and safety records. While every case is different, victims pursuing medical malpractice cases against Kirschenbaum or other physicians in similar circumstances would likely highlight a pattern of complaints, lawsuits, and poor patient outcomes to assert that hospitals failed in some way to protect the safety of patients by allowing such a doctor to continue practicing at its facility.

While medical malpractice lawsuits typically allege that a certain medical professional was negligent in providing substandard care, they can and often do also name hospitals and medical centers as defendants, as these entities also have an obligation for patient safety, and often fail in their duties to protect the public.

At The Law Offices of Dr. Michael M. Wilson M.D., J.D. & Associates, our attorneys have helped injured patients and families pursue medical malpractice claims against nurses, doctors, hospitals, and all types of individuals and entities in the health care industry. We understand the legal obligations of health care providers and how to illustrate how their failures and negligence amounts to malpractice.

If you have questions regarding a potential medical malpractice case, do not hesitate to contact us for a free consultation.