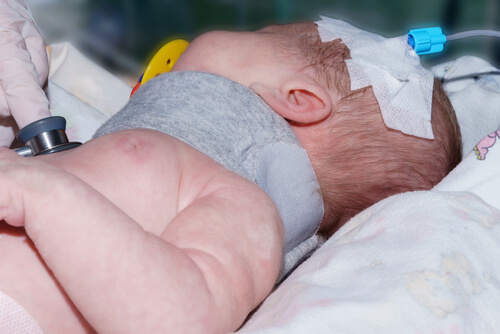 A medical malpractice plaintiff has recently won a medical malpractice case who suffered a birth injury in 2009. Legal representatives worked closely with the client’s parents, who filed the lawsuit on his behalf, through a hard-fought legal battle that included the review of an appellate court. In the end, the jury found that the plaintiff should be awarded a total of $1,750,000 for past and future pain and suffering; Wisconsin legal statutes capped the ultimate recovery at $135,000 for medical expenses and another $750,000 for pain and suffering.

Details of the Case

The client’s mother was in the delivery room in May of 2009 and being attended to by hospital staff. After her child’s head appeared, it retracted at once, which is indicative of shoulder dystocia, or that at least one of the child’s shoulders was stuck in the birth canal. The defendant doctor seems to have recognized that shoulder dystocia had trapped the infant and attempted to remove the baby. By the time the infant had been delivered, his shoulder that had become stuck was clearly damaged and his entire left arm would be stunted in the years to come; it would later be identified as permanent brachial plexus injury, which is caused by damaged nerves at birth.

The plaintiff’s legal representatives relied on an obstetrical expert witness to weigh in on whether or not the right medical procedures were followed at the time of the client’s delivery. This expert witness did believe that the doctor’s standard of care fell unreasonably below what is to be considered acceptable in a complicated delivery. The defense opted to try to render this expert testimony inadmissible due to special legal statutes in Wisconsin that require such testimonies be based on “sufficient facts or data”.

Understanding that the expert witness represented a cornerstone of the plaintiff’s argument, legal counselors fought to keep the testimony in admissible evidence. The circuit court and the court of appeals would each later conclude that the doctor’s testimony was admissible and contributed importantly to the case. In the end, after arguing a negligent standard of care was used when delivering the newborn, the jury agreed and awarded the plaintiff considerably.

The Law Offices of Dr. Michael M. Wilson, M.D., J.D & Associates are well-known as legal champions for those who have been wrongfully injured by medical practitioners. As such, we are always interested in other medical malpractice cases handled by legal professionals across the country. Studying a successful case, like the one aforementioned, allows our team to gain an even greater comprehension of medical malpractice case law and litigation, which in turn empowers our own clients.

If you would like the assistance of our medical malpractice lawyers in Washington D.C., we would like to discuss our services with you. Our team has more than 45 years of combined legal experience, and has gained the trust of countless clients throughout the years, having managed to handle cases that were both complex and sensitive. Contact us online for a free consultation to learn more about our law firm and your own legal options after being hurt by a physician’s mistakes.